Every WiFi is dangerous to your health

A Wi-Fi station has easily anywhere between 2,000 and 6,000 milliwatts per square meter when activated while making a call. These values are bombarding and harming your body.

The Wi-Fi business is a huge industry similar to the cell phone industry. There is too much money to be made and ethics go straight out the door are disposed in the big dumpster of integrity. Though many groups of interest try to play down the harmful influences of Wi-Fi stations, in the near future scientific tests will come out more and more and more and more to prove exactly the catastrophic consequences of exposure on the human body.

PROTECT PRO TECHNOLOGY handles not only the harmful energies of a Wifi stations.

Electromagnetic waves are invisible energies caused by the flows and changes of electrical currents. Some are natural, coming from the sun, outer-space and from the Earth’s own magnetic fields. Others, generally the most dangerous ones in terms of our daily exposure, are entirely man-madel like microwave radiation (WiFi, cell phones, microwave ovens, etc.)

The PROTECT PRO TECHNOLOGY Geo / Wifi  device protects people from the harmful effects of a certain aspect of electromagnetic radiation, called the TORSION FIELD (also known as the INFORMATION FIELD).

Our bodies are designed in an ORDERLY way and are meant to live in a relatively orderly environment, as far as electromagnetic waves are concerned. Waves from the Sun are far less dis-orderly than man-made microwaves from cell phones and WiFi, which carry billions of ‘bits’ of information encoded on them.

Research in various countries around the world has shown that Wi-Fi does negatively affect the human body. The first efforts to solve the problem were successfully applied by eliminating Wi-Fi stations in schools.

With the development of the Internet and cell phones, Wi-Fi systems were being widely implemented and can now be found everywhere.  In recent years much research has been published on the health dangers of Wi-Fi on humans, animals, insects (such as bees) and plants. Wireless networks do particular and irreparable harm to the health of children, adolescents and pregnant women. Note that Wi-Fi operates in the same frequency range as the microwave oven (microwaves)!

PROTECT PRO TECHNOLOGY Geo / Wifi  eliminates the negative effects of Wi-Fi everywhere as long as the Wi-Fi station is plugged into the same power circuit as the PROTECT PRO Geo / Wifi.  Our unit handles the chaotic TORSION FIELD created by the electromagnetic radiation and turns the chaotic harmful energies into a body-friendly harmony.

Living and/or working in the area of influence of a WiFi station will always adversely affect the health.

The extended exposure to a TORSION FIELD of a WiFi station can lead to a significant decline in health.

Furthermore they could be the cause of many serious health symptoms and conditions directly associated to harmful frequencies which may manifest in the following conditions among others: cancer, cardiovascular and neuropsychiatric disorders, and disorders of the musculoskeletal system, provokes functional violation accelerates the development of inflammation and leads to deformation of one’s own body biofield and, consequently, leads to serious diseases – various forms of cancer, violations of the coronary and cerebral circulation, polyarthritis, and multiple sclerosis. Alzheimer’s, Parkinson’s, leukemia, cancers, brain tumors, fatigue, depression, general mental disorders, headaches, unexplained agitation, sleeplessness, loss of concentration, loss of energy, weak vision and memory, sleep disorder visual impairment, nervousness, reduction of the blood levels of leukocytes and lymphocytes, immunity disorders; it adversely affects the endocrine and reproductive system and much more.

Unfortunately, doctors have not always associated these functional disorders with the influence of a Wifi Station, trying to treat patients in many ways, including questionable health products at times.

Simply plug the PROTECT PRO TECHNOLOGY Geo / Wifi   into a power outlet. A small LED green light will light up confirming the device is properly working. 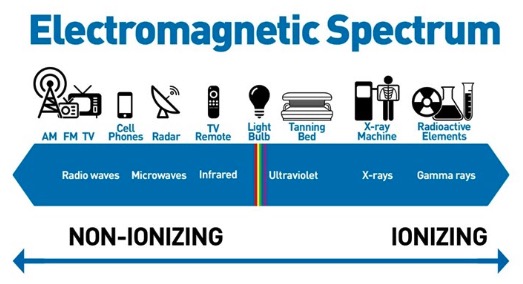